I recently went to see a friend's group show at the San Antonio Museum of Art, Psychedelic: Optical and Visionary Art since the 1960s (it's a great show- if there are any Texans reading right now, don't miss it. It's up until August). A couple of mind bending op art paintings by Susie Rosmarin really stood out. 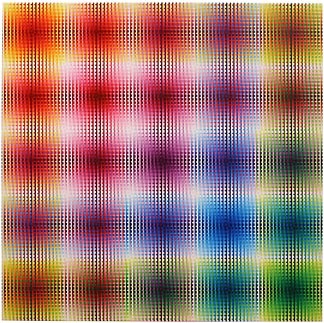 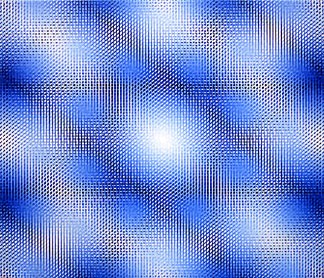 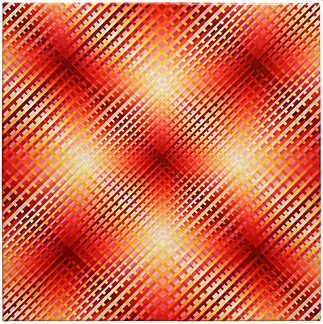 These images don't do her work justice. Seeing them in person gave me an instant headache.

Inspired by the work, I googled this trippy collection of web op art, compiled by A. Kitaoka. To first introduce the collection, check out this video. It's one of WonderHowTo's very favorites, and it's sure to make you ill.

(WARNING: Op-Art May Cause Nausea.) 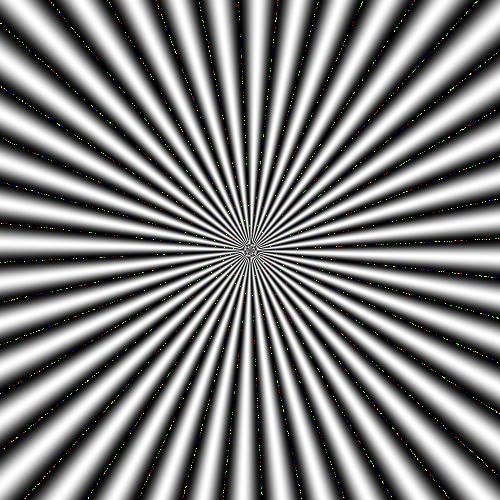 "The figure appears to scintillate. Moreover, rings of subjective color are observed." 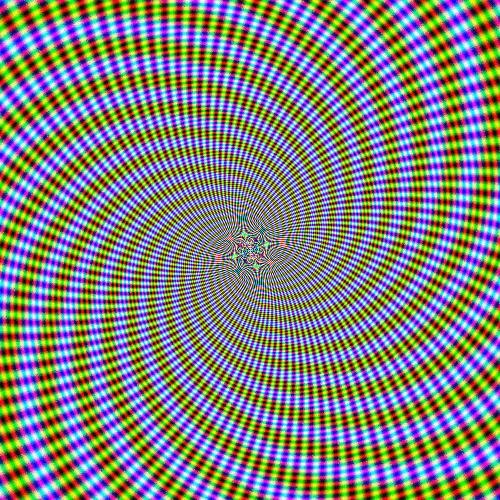 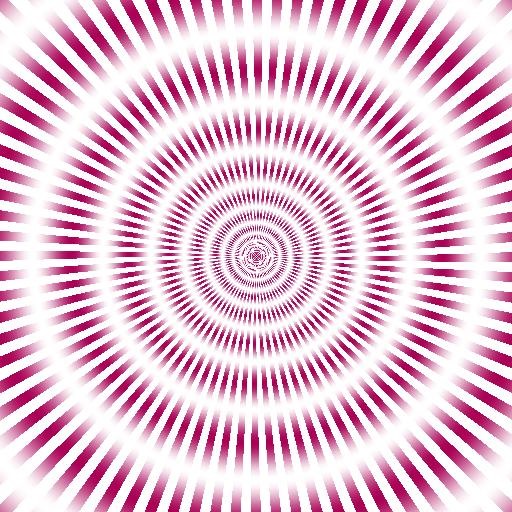 "Something appears to run in the circular clouds (visual phantoms)." 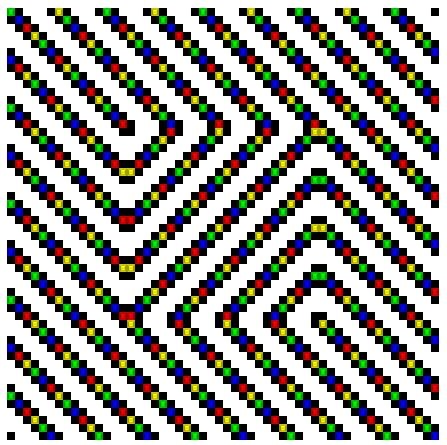 "The figure appears to scintillate. In addition, the inset appears to move." 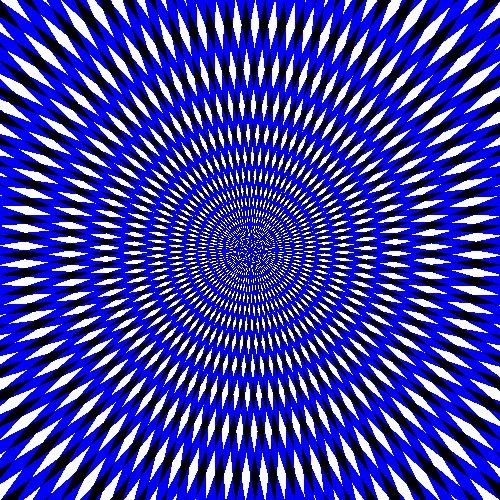 "The figure appears to scintillate." 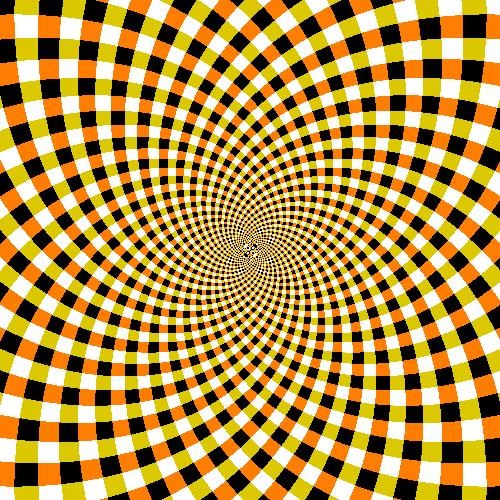 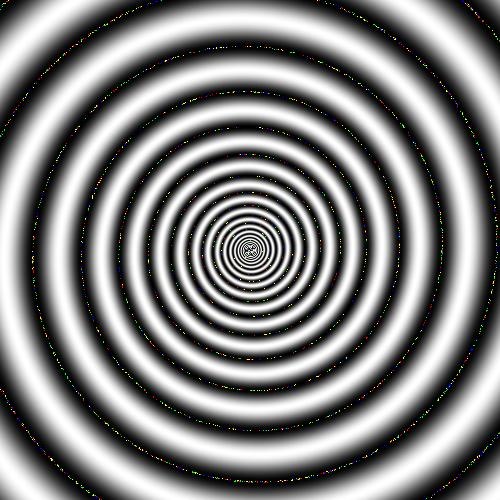 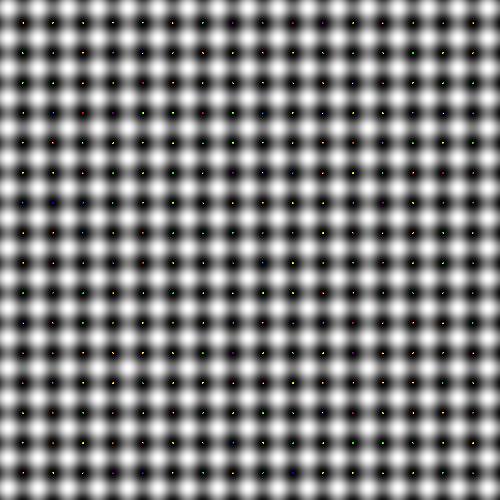 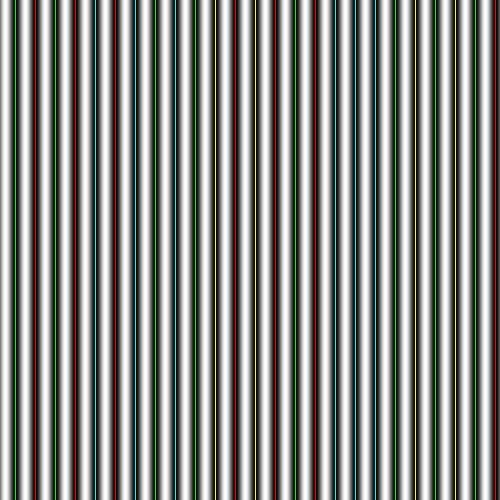 "Color lines appear to scintillate. Don't watch this figure for a long time because this figure includes anomalous motion illusion between chromatic lines and achromatic gratings." 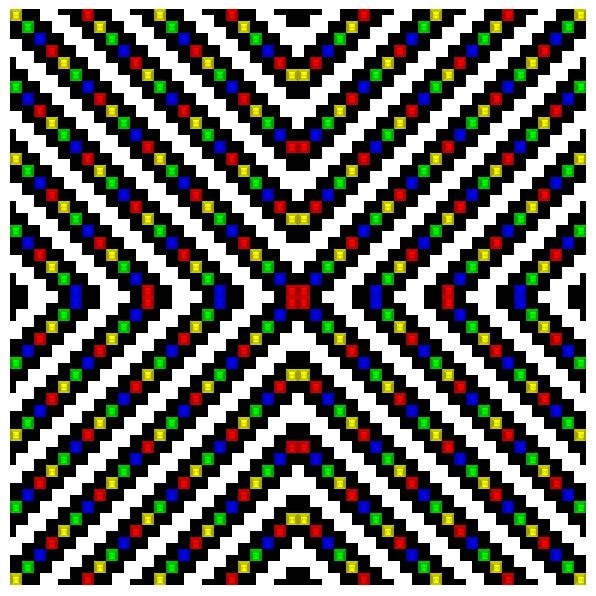 "Color squares appear to scintillate. The figure appears to bulge out slightly though this consists of only squares." 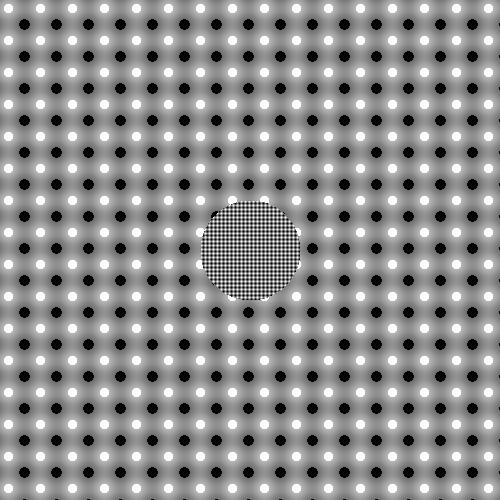 "The surround appears to jiggle and scintillate." 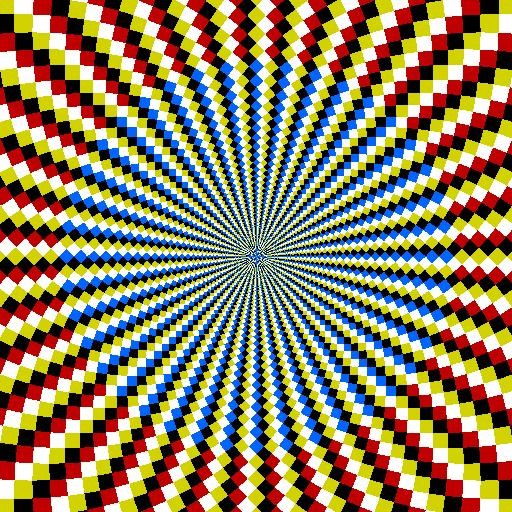 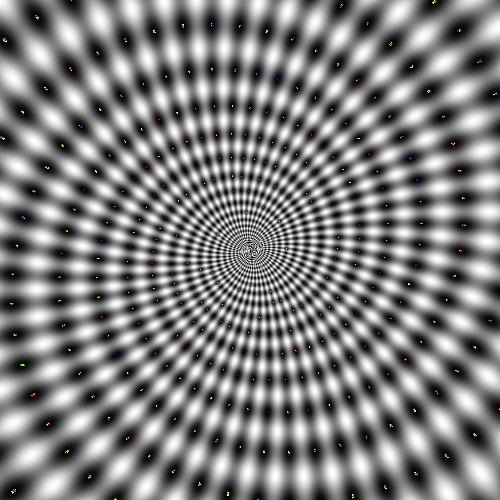 "Stars appear to twinkle when we fixate on the center." 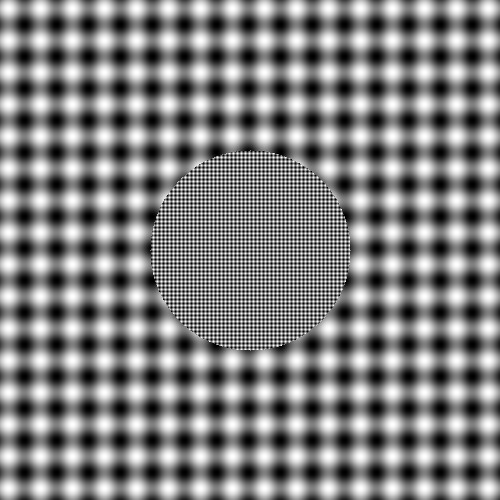 "The surround appears to fluctuate." 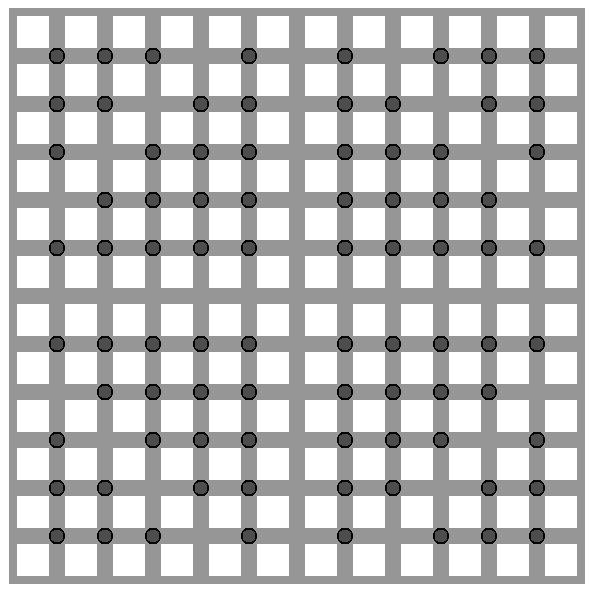 "Illusory light appears to be shed from datk-gray circles in the diagonal directions." 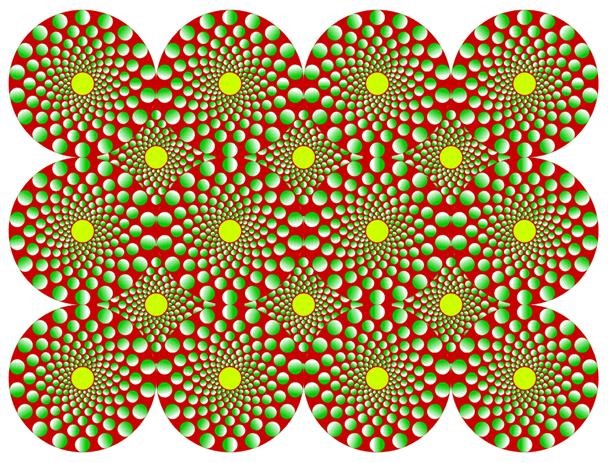 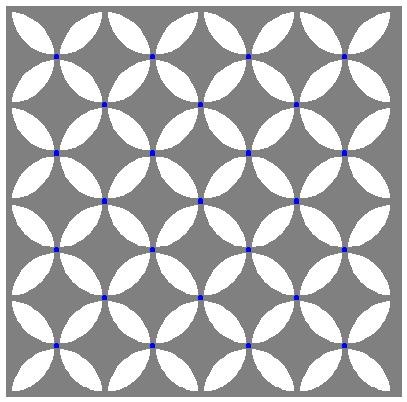 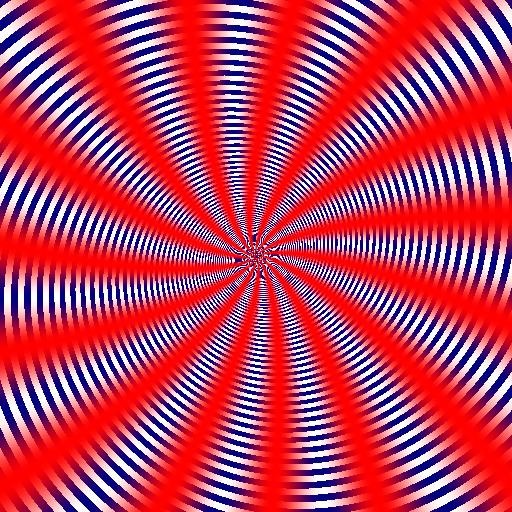 "Something appears to run along red tubes." 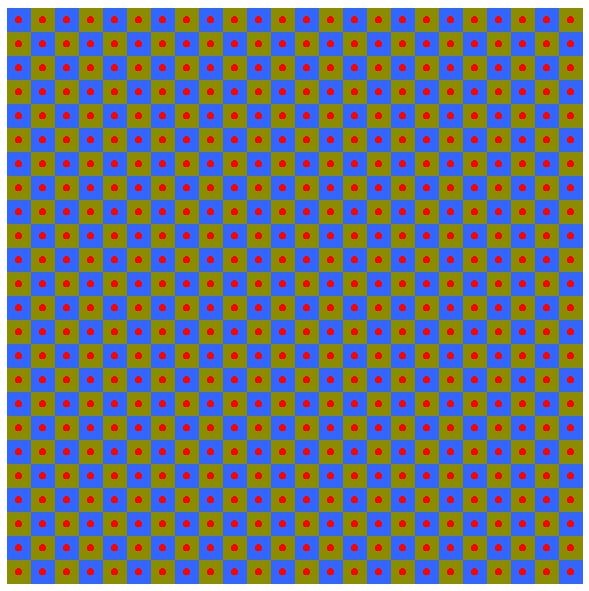 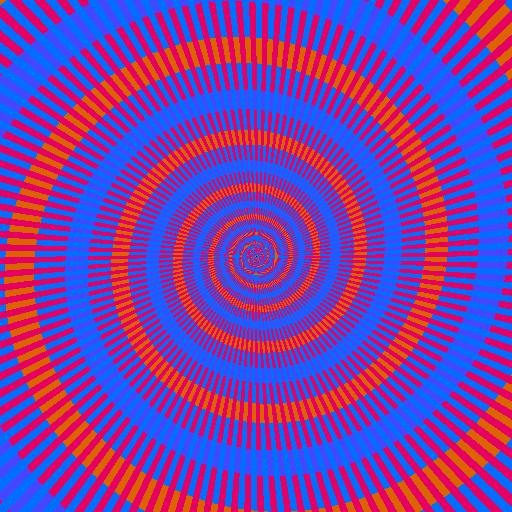 SICK! Which ones give you the biggest headache? Comment below.

Want to master Microsoft Excel and take your work-from-home job prospects to the next level? Jump-start your career with our Premium A-to-Z Microsoft Excel Training Bundle from the new Gadget Hacks Shop and get lifetime access to more than 40 hours of Basic to Advanced instruction on functions, formula, tools, and more.

Other worthwhile deals to check out:

Join the Next Reality AR Community

Get the latest in AR — delivered straight to your inbox.

The blue dots at #17 don't appear to emit light to me. Instead they disappear.

i looked at the vid, when i looked away i got nothing, when i looked back at screen, it moves in a wave for a second, and does again after each shift in position in my eyes